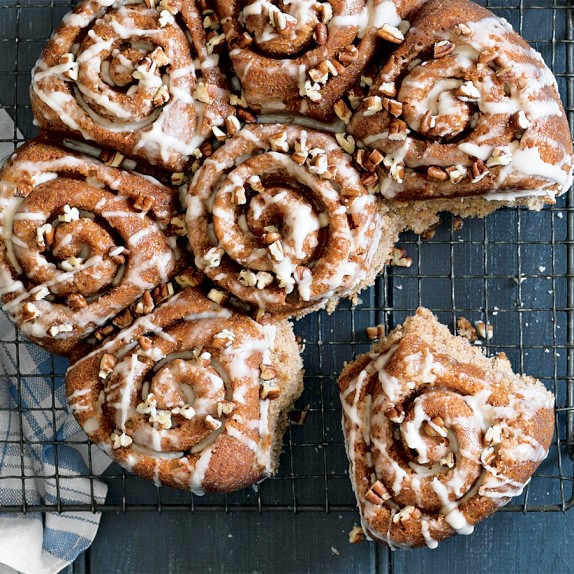 Have all ingredients at room temperature. Preheat an oven to 350 degrees F (180 degrees C). Grease and flour the Cinnamon Bun Pull-Apart Pan; tap out excess flour.

To make the cake, in a bowl, whisk together 2 cups flour, baking powder, baking soda, 2 Tbsp cinnamon and 1/2 tsp salt. Set aside.

In the bowl of an electric mixer fitted with the flat beater, beat the butter on high speed for 1 minute.  Add the granulated sugar and continue beating until the mixture is pale and fluffy, about 5 minutes, stopping the mixer occasionally to scrape down the sides of the bowl. Reduce the speed to medium, add the eggs and continue mixing for 1 minute, scraping down the sides of the bowl after each addition. Add the vanilla and beat until incorporated.

Reduce the speed to low and add the flour mixture in 3 additions, alternating with the Greek yogurt and with the flour. Beat each addition until just incorporated, stopping the mixer occasionally to scrape down the sides of the bowl. Pour the of batter into the prepared pan and using a rubber spatula, spread the batter evenly. Then use the back of a spoon to make a trough in a circle around the middle of the cake. Fill with reserved cinnamon sugar pecan mixture, then top with remaining batter. Draw a butter knife gently through the batter to swirl the cinnamon tunnel inside. Bake until a toothpick inserted into the center of the cake comes out clean, 40 to 45 minutes. Transfer the pan to a wire rack and let the cake cool in the pan for 10 minutes. Invert the cake onto the rack and let cool 30 minutes.

To make the icing, in a bowl, whisk together the confectioners’ sugar, vanilla, salt and milk until smooth. Drizzle evenly over the top of the cake after it has cooled for 30 minutes but is still warm, and sprinkle with remaining 1/2 cup toasted pecans. Makes 8 generously sized pull-apart bun cakes.

I love this pan… First attempt today… Followed the recipe and it is my new favourite!!! The tear and share is fun… and it tastes amazing!!! Thank you 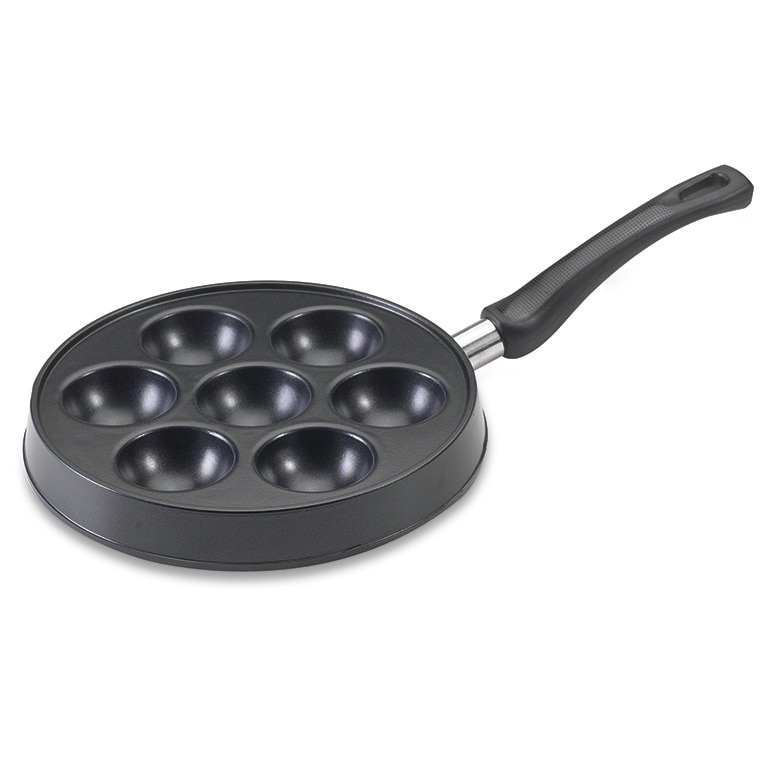 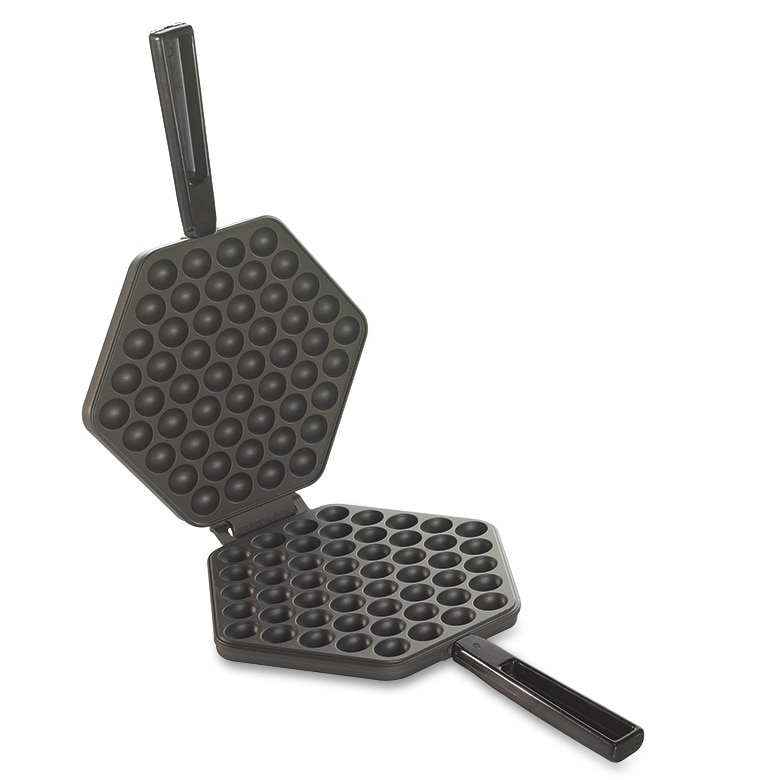 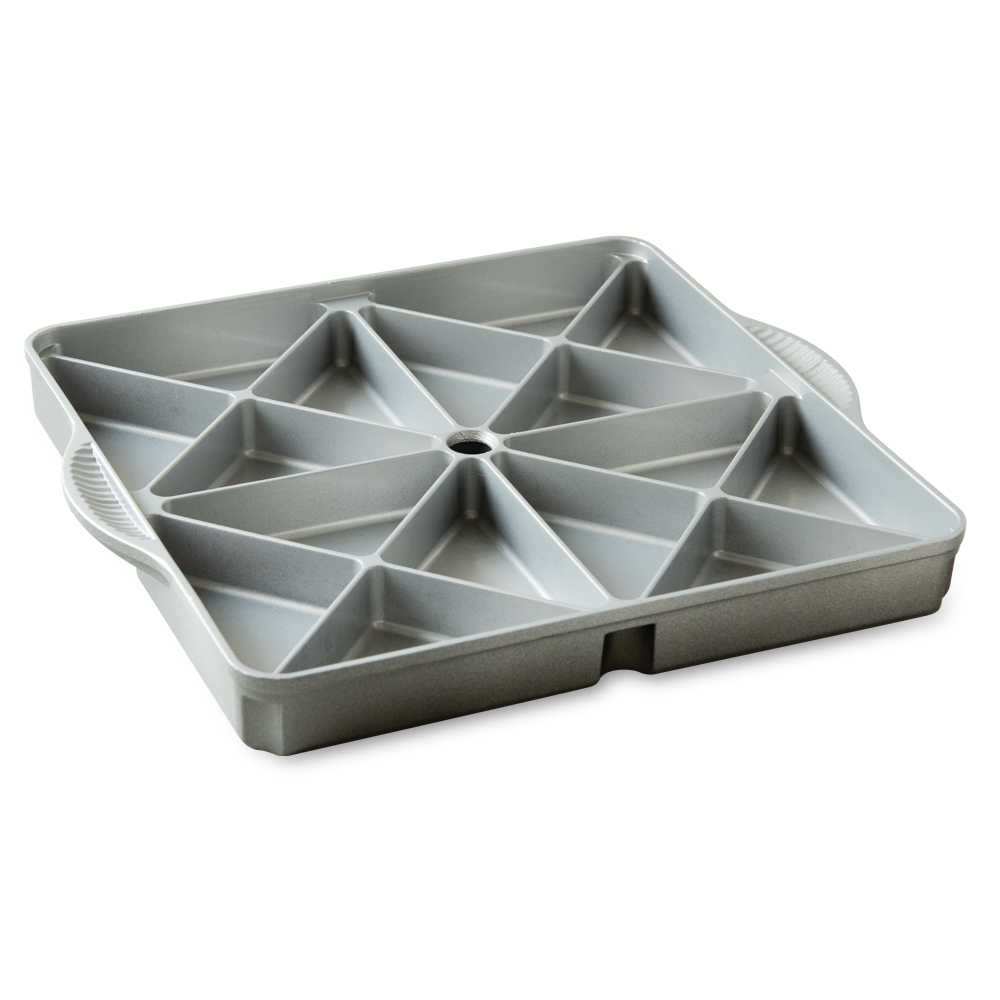 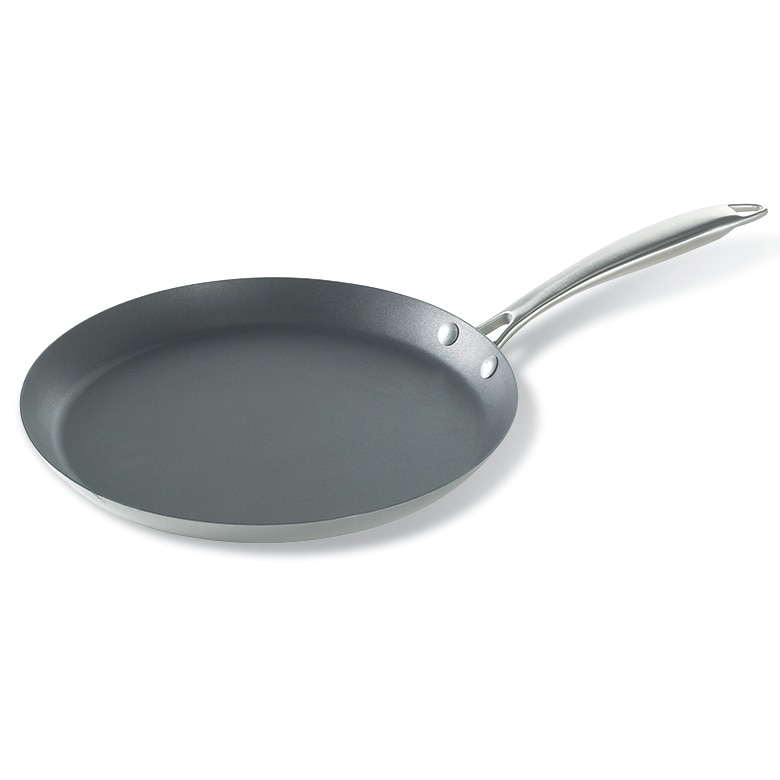