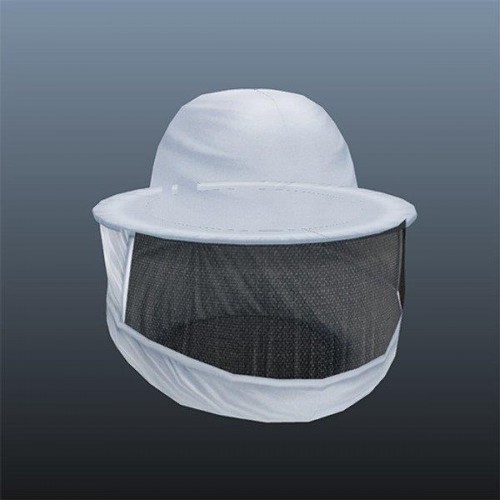 Like most of you I wear many “hats” in life.  One of my hats looks like this, and it’s very handy if you’re a beekeeper , like I am.

Despite subzero temps in Minnesota, the honey bees here do not hibernate, instead they stay warm by rapidly moving their flight muscles (kind of like shivering) and eating their cache of honey from last summer.  It’s a little known fact that the worker bees cluster in a tight ball around the queen bee during the cold months and keep her at around 90 degrees F., 24/7, until spring. Isn’t this amazing?  If you place a stethoscope over the entrance to my hive this time of year you can hear the hum of the bees inside. 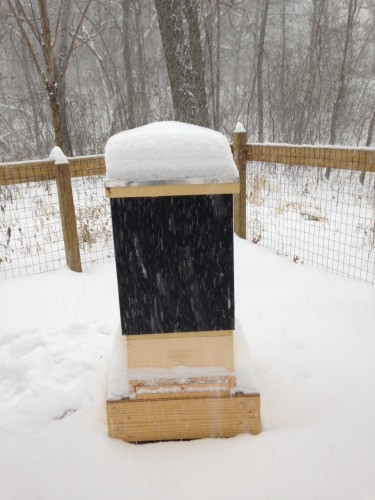 There’s a lot of buzz about bees these days.  After hearing about the plight of the honey bees a couple years ago I started a colony with the help of a friend who has a few seasons of experience.  I’ve since learned that honey bees are fascinating and complex creatures, and on top of everything else, they pollinate our flowers, trees, shrubs and crops and go to an incredible amount of work to produce honey– something we humans find delectable.

I’m happy to report that Nordic Ware makes three beautiful pans that honor our honey-producing friends, the Beehive, the Beehive Cakelet, Honeybee Cookie Stamps, and the Honeycomb Pull-Apart Pan.  I’ve given them as gifts to a few beekeeper friends and they love them, of course.

More and more people are hearing about bees and the forces they’re up against in their struggle to survive (pesticides, loss of habitat, disease, mites, etc.).  The University of Minnesota is a leader in the research that’s being done and well-known Professor Marla Spivak, an entomologist here who’s leading the charge, has inspired the creation of a bee lab where anyone who’s interested can learn more and get involved: beelab.umn.edu 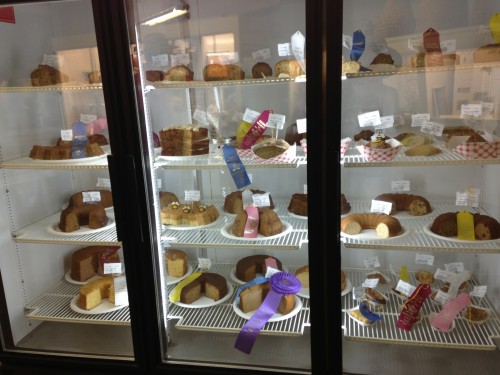 Just down the street from the U. of M. Bee Lab, during August when it’s warm,  you can attend the Minnesota State Fair, the second largest state fair in the country.  I am including two photos taken on the State Fair grounds as I close this blog.  One is from last August and shows some ribbon-winning honey cakes from the bee exhibit in the AG-Hort-Bee Building– and the other is a photo of me last week, wearing another hat and standing next to a prize-winning  snow comb at the St. Paul Winter Carnival.  Next time you enjoy some honey, whether it’s in Honey Nut Cheerios, a Bit ‘O Honey bar, or in the creamy honey butter you put on a piping hot popover, take a moment to think of the bees that produced this sweet treat for you! 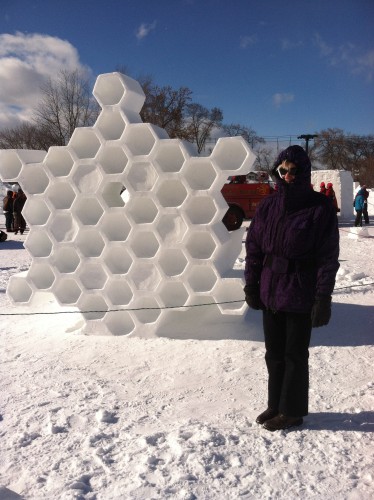