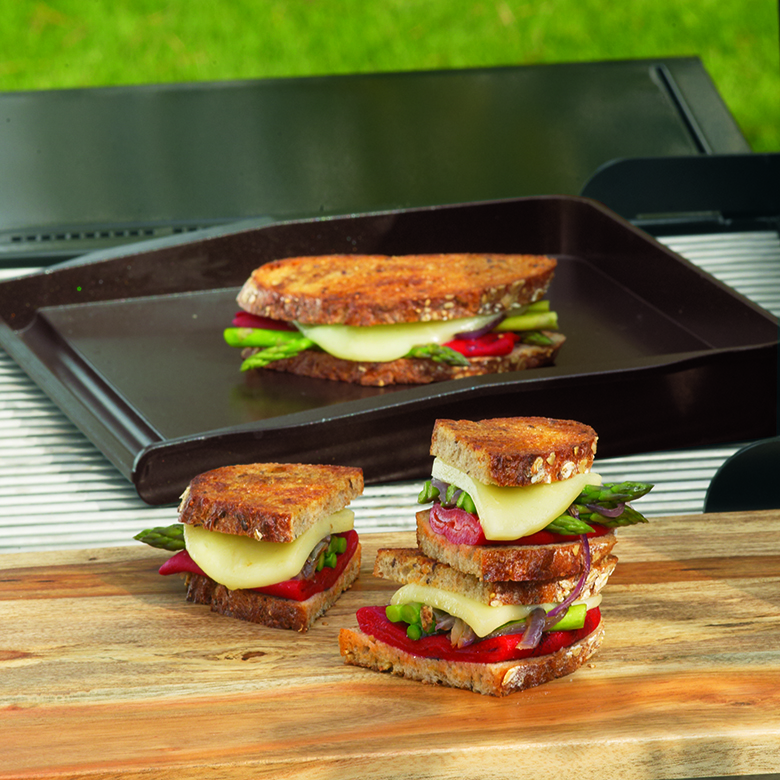 Preheat grill. Brush red peppers with olive oil and grill over open flame until blackened on all sides. Place peppers in paper bag and allow to rest until cool enough to handle. Remove peppers from bag and stem, peel and seed the peppers.

Brush one side of each slice of bread with olive oil. Place 4 bread slices oiled side down on griddle. Top each with fontina cheese, caramelized onion, asparagus spears, and one roasted red pepper, then remaining slice of bread oiled side up. Grill until bread is toasted and brown, then carefully flip sandwiches over and grill the other side until browned and cheese is melted.

This recipe doesn't have any reviews yet. Try it out and let us know what you think!