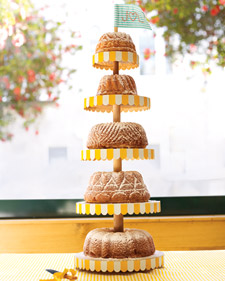 My daughter is being married this September and she has her heart set on a multi-tiered, multi-flavored, gluten-free, Bundt-shaped cake.  There are a lot of challenges and hyphens in that request.  I first reacted by trying to talk her into something else, but she was persistent so I finally gave in and said, “Okay, why not?”

Finding appropriate sized pans to bake in and stack was the easy part, of course.  She wanted five original, traditionally shaped Bundt cakes (though other variations would work too).  Here are the pans we chose:

Layer One (base): Anniversary 12 cup Bundt 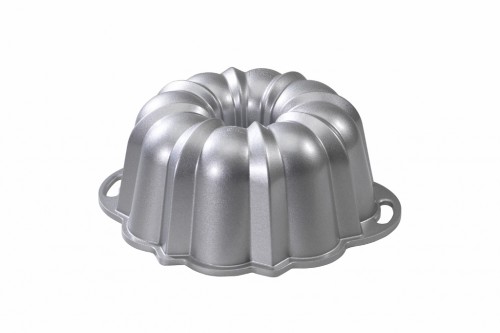 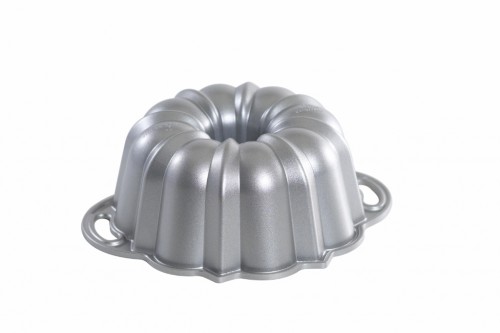 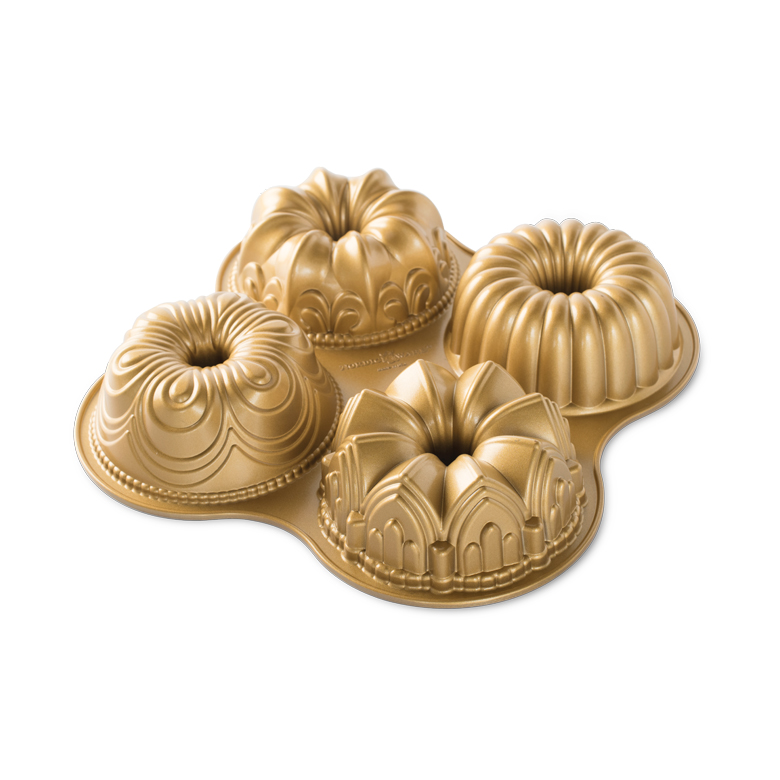 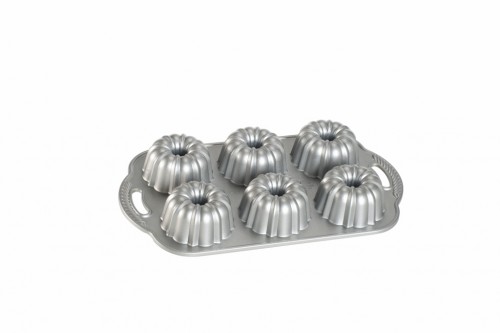 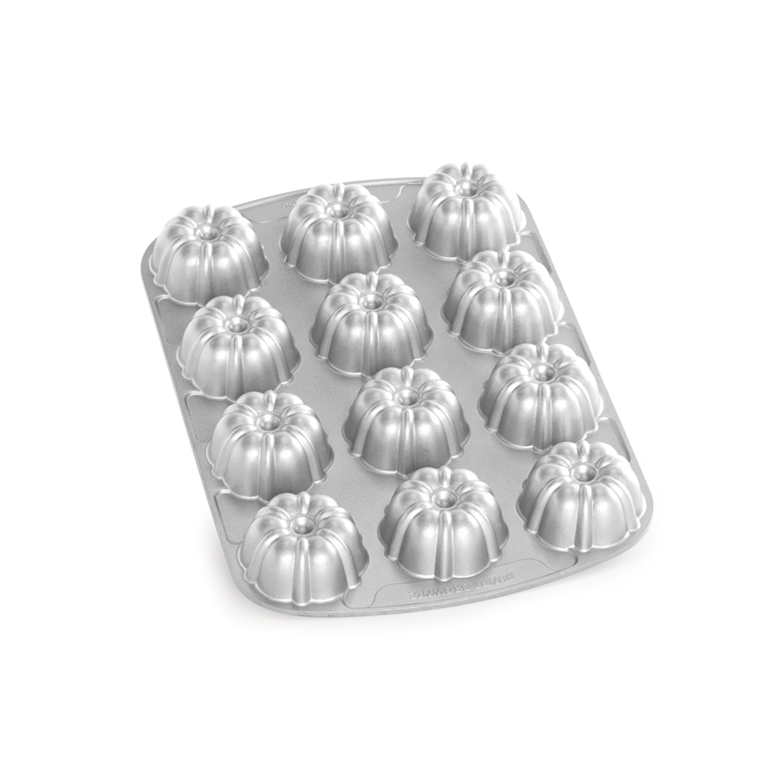 The next challenge was finding a baker who knew how to make Bundt-shaped gluten-free cakes that taste as good as they look.  With so many people going gluten-free these days, that turned out to be surprisingly easy.  She said the key to using our molds with success is knowing how to grease them properly, and she had absolutely no concerns about this.  We had a chance last Friday to sample her scrumptious gluten-free carrot cake and almond cake.  If I had not known they were gluten-free cakes,  I would never have guessed the gluten was missing.  The baker  told us she’s making Bundt wedding cakes (with gluten in this case) for another wedding in August, and she was happy to take on our fun challenge of a tiered version.

With the baker chosen we needed to talk about a way to stack five non-frosted cakes so they would stay straight and look beautiful.  We could have used a stand like the one below, but in the end we decided to stack one cake directly on top of the next with a central tube to keep them all in line.  The cakes will be dusted with powdered sugar and edible glitter, and the fluted edges of each layer will be filled with  flowers. Once sliced, the pieces will be served with whipped cream and fresh berries passed around family style.

My daughter is still working on her five flavor choices.  A traditional pound cake will not make the list– of this I am certain. Here are the flavors she and her fiancé are currently pondering from a long list of options:  Raspberry Chocolate, Honey Vanilla, Lemon Poppyseed, Caramel, Lingonberry, German Chocolate, Basil Orange and Lavender Pear.  When I saw those choices I thought, “Do people eat lavender?” I guess we do. Watch for a photo of the finished product this fall!